Swami Sahjanand College, a constituent unit of Magadh University Bodh- Gaya, Bihar, is situated neraly 7Km, far from the town near by village named as Dhangwan in Jehanabad district of Bihar. The college is situated in the lap of nature beside Dardha river. One side the college shares it's  boundary with D.A.V Public School, Jehanabad another educational giant in the district famous for quality education. On another side it has adjoining boundary with Boy's Hostel for drowntrodden section of society run by district administration. The S. S. College, Jehanabad is imparting quality education since its inception to serve the students coming from downtrodden and poor families from agrarian and other backgrounds. Nearly 3000 students are enrolled in different streams of Arts, Science and Vocational. The college provides following courses and facilities:-

Established on 26th July 1955 this college started its humble beginning from Hostel Building of G.M.S. School Popularly known as V.T. School of Jehanabad. The college has been maintaining impeccable secular spirit since its establishment, imparting higher education to the students coming from every section of the society in accordance with the dream of the founder of the college. Veteran Congress leader, freedom fighter, chairman of the district Board of old Gaya district and Ex-Minister Late Shatrughn Saran Singh established this institution in honor of Swami Sahjanand Saraswati a profound thinker, great saint, social reformer, legendary figure of contemporary Indian Politics and pioneer of Kisan Andolan in India. The foundation of the main building in present campus was laid down by the then Chief Minister, Bihar Kehari, Dr. Sri Krishna Singh on 5th May 1956 under the stewardship of the founder Principal Chote Narayan Sharma, a true disciple, a prolific orator and preacher of Sri Arbindo’s philosophy who finally settled in Sri Arbindo Ashram Pondichery. Located nearly 5km. away from the main Jehanabad district town on the road towards Dhangawa, surrounded by lush green fields and dense plantation, the campus spared over 23.50 acres of land is located on the bank of the sacred river Dardha. The large wide and architecturally designed main gate of the college, a 20 feet wide concrete approach path with trees on both sides leads to the three storeyed well planned main building consisting of well furnished class rooms, big Halls, Laboratories, Head Chambers, Girls common rooms etc. is the handiwork and brainchild of Dr. Raghubansh Singh, a founder teacher who later succeeded Sri C.N. Sharma in 1969 the 2nd Principal of this college. Dedicated to the cause of welfare and upliftment of academic favour, an able, and honest, disciplined and passionate administrator Dr. R.B. Singh retried in September 1991 leaving unforgettable impression of his multifacet personality ie. a selfless dedicator under whose supervision the college was made a constituent unit of Magadh University in 1975. The campus consists of a well developed foot ball ground, Kho-Kho court, Badminton and volley Ball court. On the right hand side of the main building. There is a newly constructed Administrative Block possessing Principal’s chamber, Account’s Section, General Section, Library, Proctorinal Board etc. and in the left hand side Science Building. Dr. C.B. Sharma succeeded Dr. R.B. Singh in September 1991 as Principal of this college and followed successfully the path shown by his predecessors in enriching the academic atmosphere by his skilled acumen. Dr. Shreekant Sharma, a dynamic personality with cool mind, served this college as principal from Oct. 2001 to Oct 2008 till his transfer to Gaya college, Gaya. His tenure Principal will be remembered as an era of peace, tranquility, harmony mixed with academic discipline.

Prof.(Dr.) Arun Kumar , Principal -in -charge, February 2010 - January 2015, was no less dynamic, multifacet endowed with natural administrative quality and leadership. His tireless effort in giving new look to the campus is adding new feather in the ap of qualitative changes inside and outside the campus. Many unforgettable events like celebration of college Establishment day, fresher’s day by professional courses-students, restarting of P.G. Teaching B.B.M. and affiliation of  History Hons., Sociology Hons., etc. is the result of his tireless effort. He has been always straining hard to maintain the glorious tradition of fair and peaceful examination and equip all the departments with modern facilities. Under his leadership the all round development of the college is taking place by leaps and bounds.

Prof. (Dr.) Dinesh P. Sinha, Principal, July 2016 - June 2018.  He was persistent and motivated person. Because of his relentless effort college started vocational course in B. Lis. During his tenure college was selected as one of the model colleges by RUSA along with 11 other colleges of Bihar.

Vision of the college is to make this Institution as a centre of excellence in the field of higher education. A fraternity of responsible citizens committed to a national development in various fields, scientific endeavour and service to humanity a society based on mutual respect is the basic vision of this Institution.

Mission of the institution is “Sa Vidya Vimuktaye”. With this motto this institution is engaged in promotiong and propagating higher education in this backward region, strategically situated in the village area.

The main objective of the institution is to provide education to rural and tribal youth to transform the students into well meaning citizens through the well designed curriculum aspect. The college has been facilitating the youth/learner with opportunities to shape their ethics and leadership potential to sensitize this rural and tribal youth about social concern and human right. 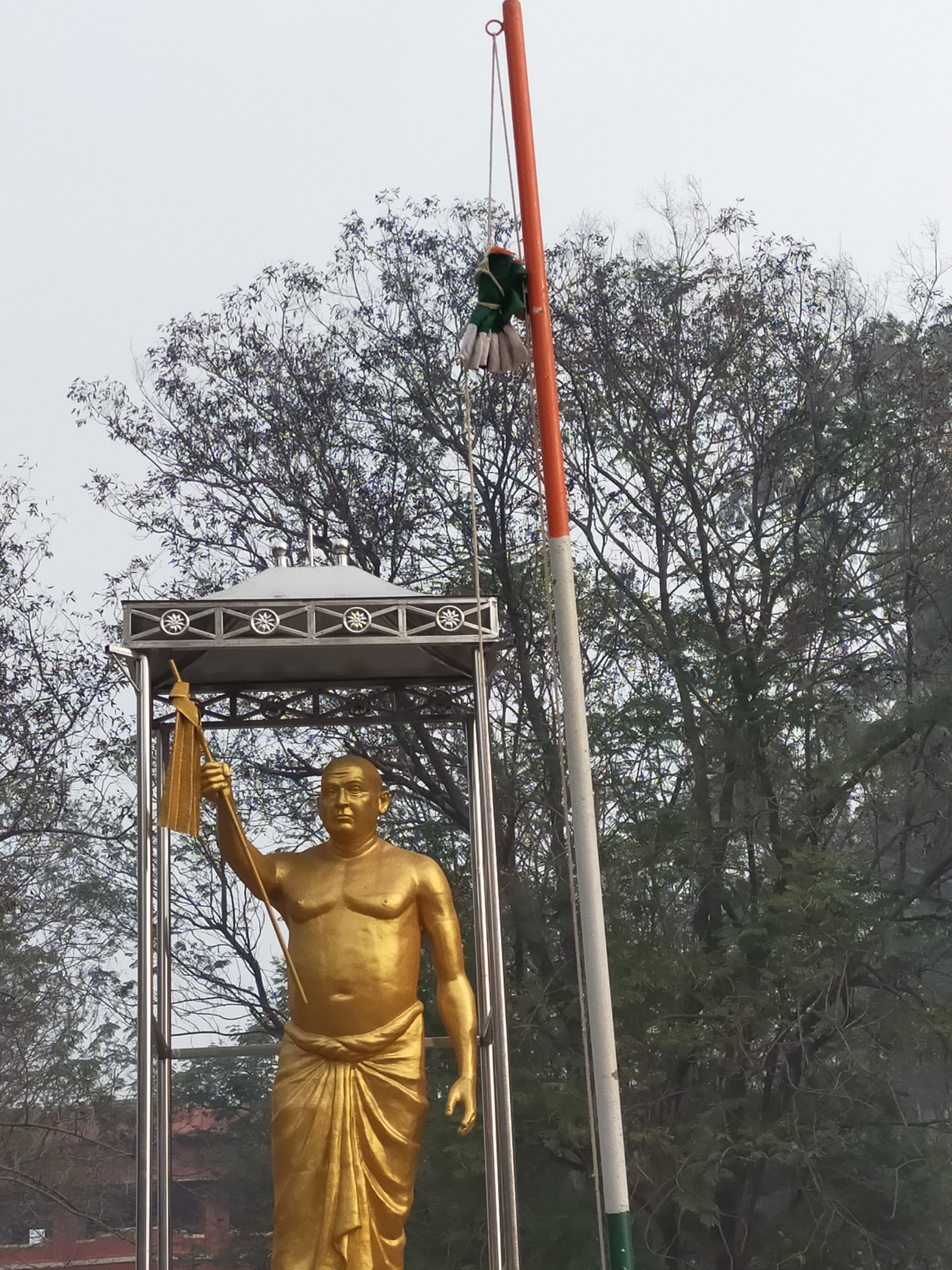